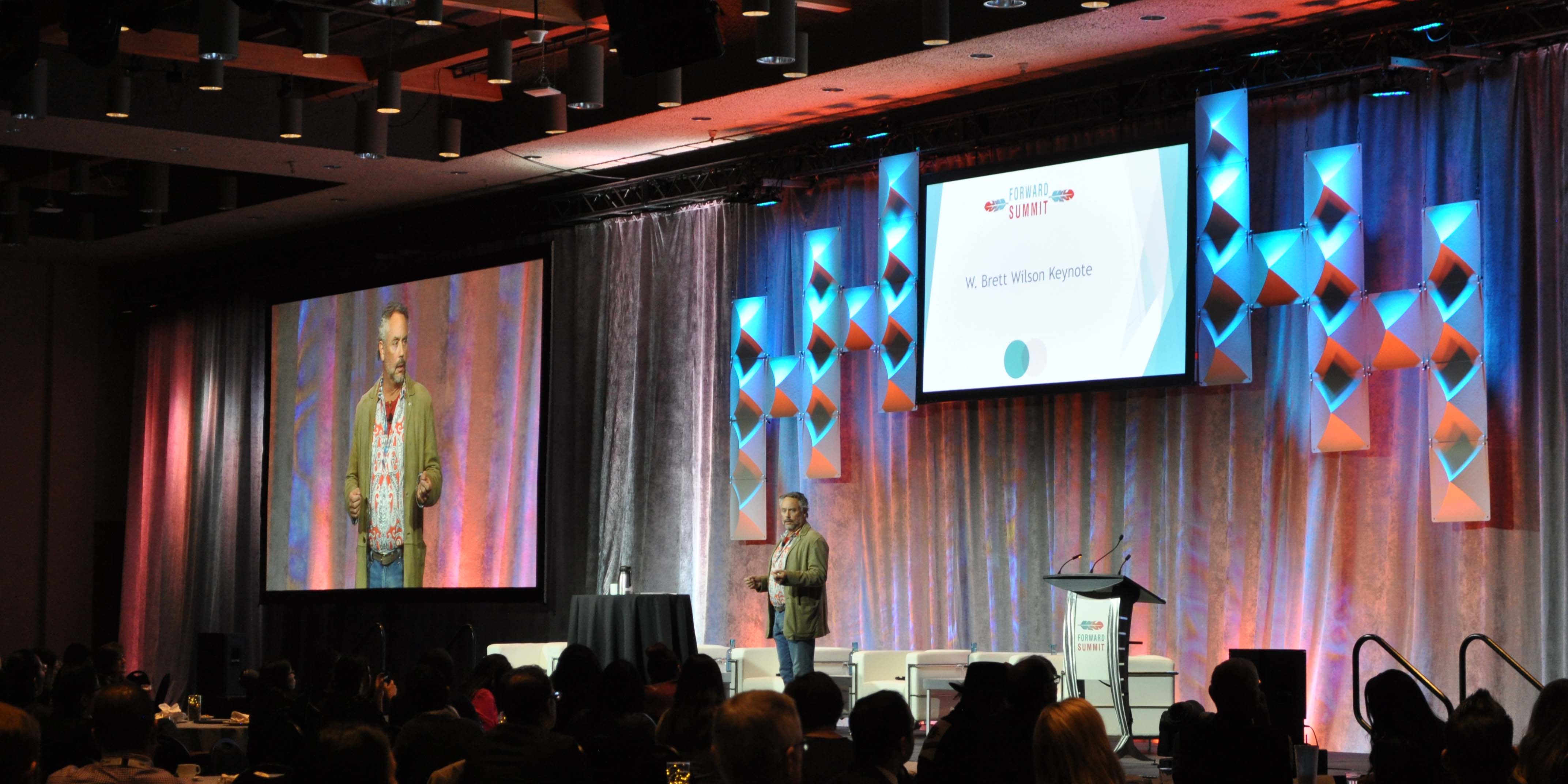 An event is a platform from which powerful messages can be launched and when delivered successfully, can forge the path for social cohesion to filter throughout society and have lasting positive impact.

So, why and how was Forward Summit initiated? The event was conceptualized in order to be an amplifier for the many apolitical entities and individuals that have been advocating for economic reconciliation for Indigenous communities and people. In short, this aim for social cohesion, or reconciliation, based on Recommendation #92 of the “Truth and Reconciliation Commission of Canada’s ‘Calls to Action’”, would lead to an improved Canadian workforce and economy.

The content of the summit was individually shaped by co-chairs, Chief Charles Weaselhead of Former Blood Tribe (Kainai) and Treaty 7 Grand Chief, and Jean Paul Gladu, President of the Canadian Council for Aboriginal Business (CCAB), as well as members of the leadership council.

“We’re looking forward to presenting Forward Summit in Treaty No.7. As a former Grand Chief and Chief, I understand the importance of creating platforms where Indigenous People have the opportunities to connect with the business community, industry leaders, entrepreneurs and governmental executives to ensure that our future developments and narratives are shared and respected,” says Chief Charles Weaselhead.

Broadly mirroring the aims of the Truth and Reconciliation Commissions Call to Action #92, Forward Summit would, for example, be a commitment to meaningful consultation, aiming to build respectful relationships, whereby the free, prior, and informed consent of Indigenous peoples would be obtained before proceeding with economic development projects. Further to this, the summit would help ensure that Indigenous peoples have equitable access to jobs, training, and education opportunities in the corporate sector, and that Indigenous communities gain long-term sustainable benefits from economic development projects.

These aims were conceptualized at Forward Summit through workshops, exhibition space and a line-up of experienced, knowledgeable and caring speakers who lead momentous roundtable discussions on, for example, how to attract and retain Indigenous workers and build successful economic partnerships between communities.

So, how was Forward Summit received?

The apolitical conversation, on which Forward Summit was based, whereby hundreds of thousands of people are re-integrated into the prosperity that the rest of Canadians enjoy, was very well received by Indigenous communities and industry alike.

Chief Weaselhead was delighted and encouraged by what he saw as a positive and encouraging event remarking that “Forward Summit provided a platform for the exchange of knowledge, and some of the most significant conversations in modern Canada to take place.”

The CTCC also played a key role in bringing the event to life as a corporate partner and prime location for the event in the heart of Calgary’s business district.

“CTCC is focused on actively participating in events that have a positive impact both locally and socially, and given that Forward Summit brought together the principal players in economic reconciliation between Indigenous communities and non-Indigenous communities, we felt it was important we played our part in bringing it to life”, says Clark Grue, CEO of CTCC.

As for attendees of the summit, 91% stated that they had conversations that resulted or should result in new business or opportunities for themselves, their organization or community and 97% answered that given their experience at the summit, they would encourage others to attend next year.

Forward Summit is due to be held again in Spring of 2020. www.forwardsummit.ca

To stay up-to-date with event & meetings news, join our monthly newsletter! Created and curated by our team of event professionals.